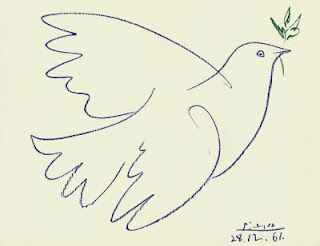 I delayed this post out of respect for the much more important events going on in Brent's life--being ordained into the sacred order of deacons in the one holy catholic and apostolic church is really a very big deal.

But now that that's done and properly celebrated... 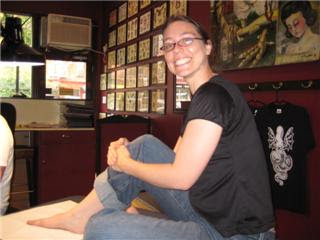 me at Hand of Glory tattoo parlour in Brooklyn. That's right, just like Harry Potter. 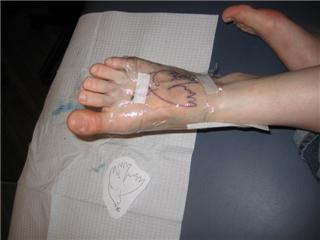 done! and saran-wrapped for freshness. 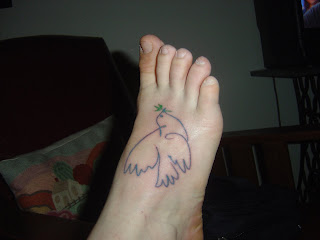 (now all I need is a pedicure.)

Perhaps at some point I will comment about why a tattoo at this point in my life when I'm obviously way too old for such things, and what this particular tattoo means. But I am kind of worn out from having this conversation over and over with Brent, who really really really dislikes tattoos and was pretty darn unhappy with my decision to get one. (But, as he said after I came home, deed done, "it's permanent so I guess I better start getting over it.")

But for now I just want to say thanks to Casey, who apparently esteems me enough that she was not dismayed that I wanted to share her tattoo--same pic, same place and everything. And so over and above anything the dove symbol means on its own, it is also about communal shared meaning rather than private idiosyncratic self-decoration. And that is beautiful.
Posted by JTB at 11:34 AM

I wasn't too keen on my husband getting a tattoo either and now he has them all over his arms and neck. Its great for scaring creeps off. He's like my watch dog.