I was walking down the sidewalk,with a (male) friend just ahead of me when I felt it--a hand on my breast and a quick squeeze. I stopped walking. No one else did. So I shook my head in disbelief, and hurried to catch up. What else was there to do?

I was on  bus with a large group of friends, coming back from a soccer match in Florence. A man across the aisle was staring. As he lined up to exit at his stop he reached out and caressed my cheek: "che bella," he said, and got off the bus.

I was on the C train on the way home; it was late; I'd been volunteering for the NYC Hope Count that night. It was me, a sleeping homeless person, and a group of black guys being rowdy on the other end of the car. As the train neared the stop one came over and said, "You are truly beautiful." He didn't touch me. I don't know whether it was sweet, or creepy.

I was on a train, headed back to the villa. I was alone, and it was late--I was just going to make it back before curfew. An older man and two boys passed by in the corridor, looking in, and then came back and sat down in my compartment. They were chatty--wanted to know if I spoke Italian and where I was from. Pretty soon the conversation turned a bit coarse--they were laughing and using words I didn't know, but the hand gestures were pretty unmistakeable. I stood up to get a book from my pack so I could plausibly ignore them; when I sat down one of the younger ones had his hand in my seat and grabbed my ass. There was a lot of laughter at my reaction, and then some faux chivalry as the younger guys switched seats at the older man's insistence so I could be "safe." It was a long ride to Santa Maria Novella, and I had my pack on at the first sign of drawing into the station, ready to run. But the old man blocked the door. He grabbed me and pulled me in for an embrace and nuzzled my neck. And then, finally, let me go.

I was terrified and grateful that nothing else had happened. Much more could have.

I got back to to villa an hour after curfew. No one had missed me, and I didn't say a word about my train ride.

I dated a good Christian boy who allowed himself far more liberties with me than he'd ever done with anyone else before; this was my fault, because "my mind was impure" due to experiences from relationships in my past.

I sat in a room at Princeton Theological Seminary, listening to a panel discussion on sexism, harassment and abuse. The question was posed to the room at large: "how many women in this room have experienced some form of sexual harrassment?" Every woman in the room raised her hand.

I had just defended my dissertation, and bursting with pride, had ordered a new set of fabulous, unique business cards from an artist friend in Brooklyn for AAR. Handing one to an acquaintance in the hopes of networking for a job, I received this comment: "You are the sexiest woman I've ever seen." Nonplussed, I responded, "Um...yeah, they're really great cards, aren't they."

I was defending a critical, theological argument on a theology blog. I was accused of misunderstanding the point, of not having a modicum of common sense, of being "vaginal retentive," of being a buzzkill. Despite holding a PhD in Theology from a respected institution, I was treated like a child having a temper tantrum because she couldn't possibly understand what the grown-ups were talking about.

#YesAllWomen: Why it's so hard for men to see misogyny

Please understand. I'm not seeking sympathy, apologies, or pity. These things happened, and life went on. But this is what it means: this is life, for #YesAllWomen. This is "normal." This is typical. This is part of what it means to be a female body in the street, on the bus, on the train, in the classroom, at a conference, on the internet.

And part of what it means to be a female body in the church? Is it really all that different?
Posted by JJT at 4:16 PM 1 comments 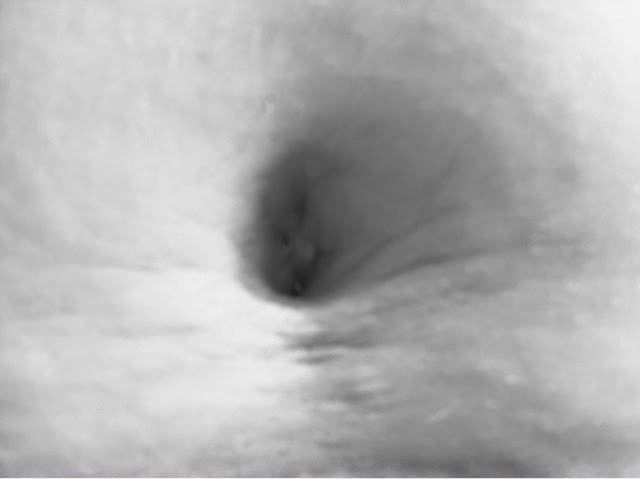 Mothers give us life and our first scar. My children stretched it out and made it more beautiful.
Happy Mother's Day, everyone. May it be beautiful.
Posted by JJT at 5:21 PM 0 comments

Jesus was a cyborg