1voice4change: taking the initiative for gender equality in Churches of Christ

People, it's time. No: it's past time. We've been pressing snooze on the alarm clock that's been ringing for forty years on this thing. It's time to get up, say a little prayer, drink some coffee and get ready for the day's work. We've been dreaming a long time. It's time to move from sleepy idealism into the hard slog of making it reality. It's past time. We've overslept.

So wake up sleepyheads. We've got work to do. 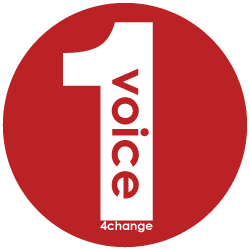 Keep your eye on 1voice4change.com. Already there are ideas and suggestions for actions that you--yes, you, dreamers, wherever and whoever you are--can take in your church, right now. And there will be more in the days to come. Count on it.

The marvelous response from Clare's teacher to the letter I posted below has me remembering one of my favorite preschool-Clare stories...


[scene: Clare and preschool friends playing castle with some small fairy tale type figures. A princess doll falls on the floor near Clare.]

Teacher: "Clare, can you help the princess get up off the floor?"

in anticipation of the Fairy Tale Writing Unit

Sometimes activism needs to be proactive. I don't expect anything other than the incredibly supportive, empowering environment that my daughter's school has consistently provided for the last year and a half, but even the most alert of us can be caught off guard by the built-in expectations around us. And so, here's my letter.

Clare is super excited about the upcoming field trip to see Thumbelina and the Fairy Tale writing unit (and I'm sad to be missing it). I'm grateful as always for the ways you and the other first grade teachers inspire such genuine enthusiasm in my super-curious Clare!

I'm attaching a couple of pdf files, and want to give a brief explanation about what they are, where they're from, and why I'm bugging you with them. :)

For the last few years I've been a fan and loyal customer of Melissa Atkins Wardy, of Pigtail Pals and Ballcap Buddies. She is a mom-preneur with a line of kid-affirming apparel and her mission is to "redefine girly" and "reclaim boyhood." The pdf files attached are letters drafted for use by the community that's formed around her activism, about the ways that gender stereotypes of both girls and boys are ubiquitous, insidious, and unfortunately, formative at earlier and earlier ages.

I have not had any concerns about Clare bringing home unfortunate girly stereotypes from school--I just want to be proactive as the class begins the Fairy Tale unit, because fairy tales (especially Disneyfied ones!) are often particularly dreadful about gender stereotypes and feminine passivity/masculine aggression.

Thanks so much for listening and for EVERYTHING you do, day in and day out!

A couple days ago, Zadie picked up one of her favorite objects, a Lego car, and started playing with it happily--till she noticed it didn't have a driver. "Person! Need person! PERSON!!!" she shrieked, with increasing panic. We happened to have a visitor over, drinking tea and chatting with Brent a.k.a. Father Bates, so I fixed things the quickest way possible: I dashed downstairs and grabbed the first Lego person from our inherited laundry basket o' Legos that I could find. Which was a dog.


Not particularly caring, I dashed back upstairs and handed it to Zadie. "Person," I announced, quelling her panic, and she happily clicked Person the Lego Doggie into the car and zoomed around the floor completely content. Zadie knows Person is a doggie but Person is also a person, as far as she's concerned. Unburdened with the philosophical baggage and suspicious history this term carries she applies it inclusively. If Person the Lego Doggie can fit into the driver seat of a car, then Person the Doggie can drive the car. No biggie. And if this is something only a "person" can do, then clearly, Person the Doggie is a person.

I feel like my cyborg/goddess/dog-lover philosopher hero would be pretty happy with all this. I am. :) 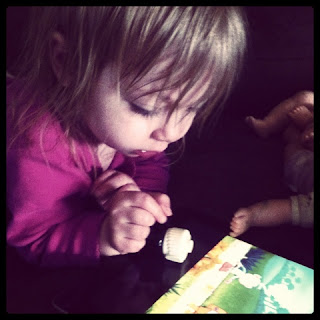