There are many, many reasons to love Philip's Academy Charter School (formerly St. Philip's Academy). This month's reason--in fact, every February's reason since Clare started kindergarten there--is the way that black history month is taught and celebrated.

Last year--I may have blogged about this but I'm not sure--Clare's hero was Rosa Parks, and it was a bit of a struggle to think though how we were going to costume her as her hero. In the end I think we did great--we found a t-shirt with Rosa Parks's picture on it, with a quote, and over that we layered an old-fashioned knitted cardigan, put her hair up in a bun and gave her a pair of Brent's old glasses with the lenses popped out. She was cute as a button, was a recognizable Rosa, and felt awesome about her costume (which is the most important thing). 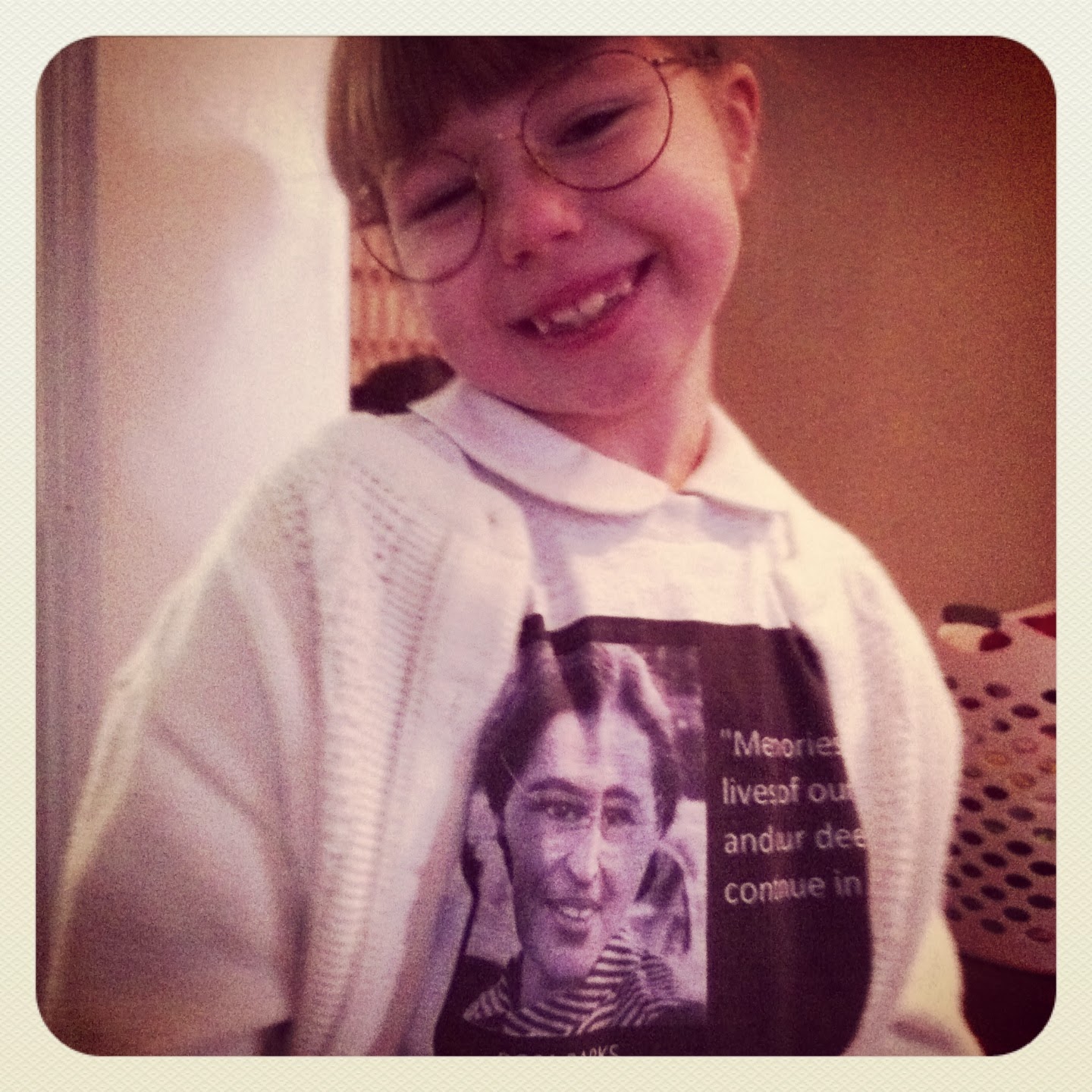 Every year, without fail, I learn something new that Clare comes home talking about. (Before Clare, for example, I had no idea who Madam C. J. Walker was.) This year, I'm learning about Daisy Bates, Clare's choice for African-American hero. Bates was President of the AR chapter of the NAACP, co-owner (with her husband, L.C.) and writer for Arkansas State Press, and is most famous for her role in organizing the Little Rock Nine.

This year, the 2nd graders are putting on a "living wax museum" and so Clare has been very concerned about the veracity of her Daisy Bates costume. As you can see in the picture below, she was a beautiful, glamorous woman--in addition to being, apparently, a complicated, strong and feisty woman who spoke her mind and stood her ground.


"She was not soft-spoken; she was not humble; she didn't ask, she told; it just blew people's minds. Who is this woman, sounding like this? Who does she think she is?" (from Daisy Bates: First Lady of Little Rock)

Honestly, I can't think of a better hero for Clare, my own complicated, strong and feisty woman-to-be. 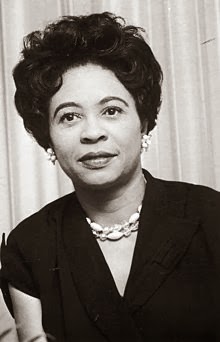 So once again we face the challenge of turning my fair-skinned flaxen-haired Clare into her chosen African-American hero. And this year she asked straight out if we could make her skin browner. My explanation of why this was not a good idea made enough sense to her that she dropped it, but it meant that the rest of the costume became even more important to her to get right.

Well, my crafty skill set is limited. But my budget is even more so, so I've spent days and days trying to figure out how to give my girl some Daisy Bates 1950's style. Daisy often dressed in professional, business-y attire, so my teal wool suit (though of course large on Clare) fits the bell well enough. Clare's school uniform shirt with the pan collar fits a sort of 1950's type look. But what we really needed was a hat, and a way to give Clare the suggestion of that cute Daisy Bates short curly hairdo.

So: an old summer sun hat lost most of its brim, and some netting from a dress-up skirt got repurposed along with a length of pink satin ribbon that's been floating around the house for awhile, a few sequins and a satin ribbon rose and then--I found some novelty eyelash yarn in my stash. So, while it may not be exactly the cute Daisy 'do, it will (I hope) at least give a suggestion of some sweet little curls underneath Clare's hat. Add a string of pretty beads--Daisy has a necklace on in every picture, almost--and, done!

I can't wait for Clare to come home and see her hat. :) 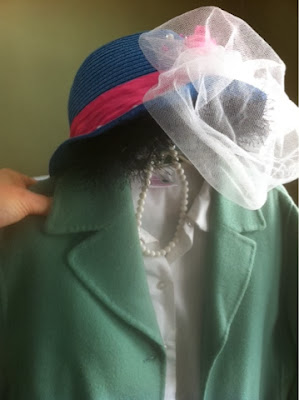 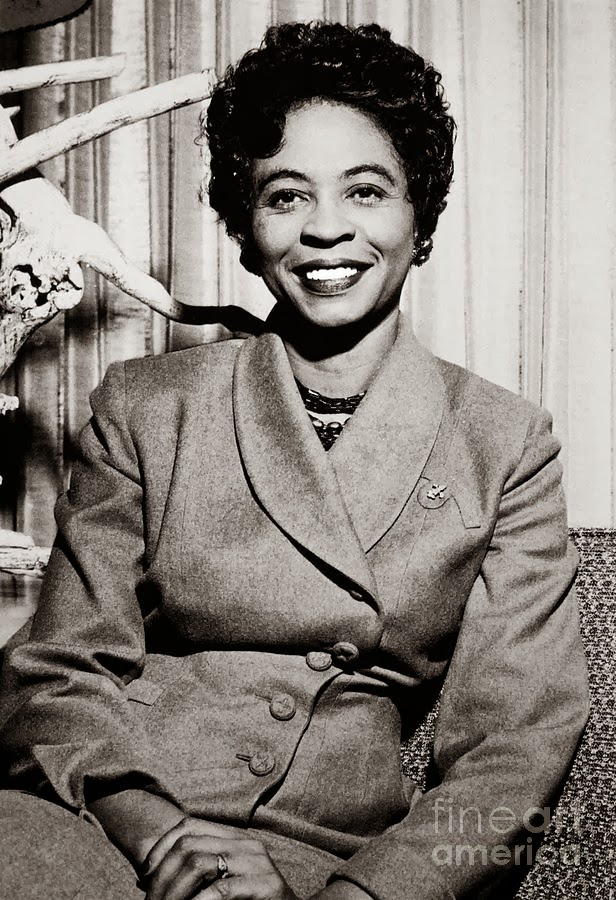 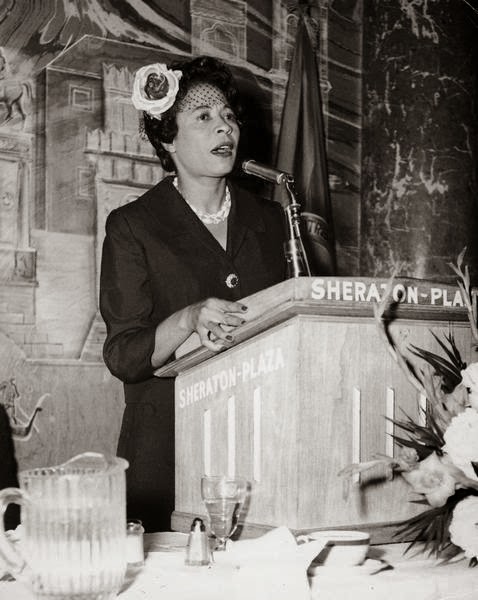 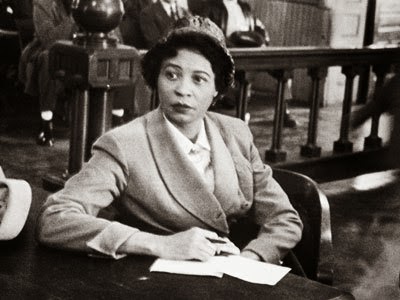 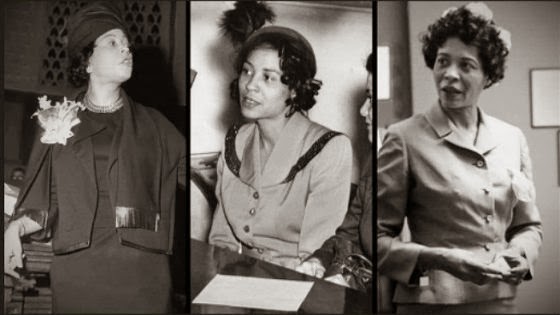