Harry Potter and the posthuman 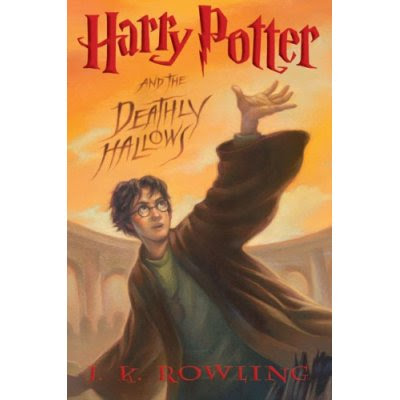 As we all know, Book 7 is due quite soon. Day after my birthday, in fact, which is really quite nice. So this post is a sort of anticipatory celebration.

Really it should be "Harry Potter and the part-human," but Rowling deals with it all: non-, part- and post-humanity. This theme has grown in the series right along with Harry, Hermione and Ron; as they have matured, this dark element of the wizarding world has become more and more prominently the source of the evil Voldemort represents.

It begins with a simple distinction between wizards and witches, and non-magic people: Muggles. It's not, I think, insignificant that we poor non-magical slobs have a label, though not necessarily mean-spirited (one can imagine it being said affectionately). But this divide is absolute. One is Muggle or magical; one lives in the Muggle world, blissfully or otherwise ignorant, or one lives in the entirely separate magical (=real) world as a witch or wizard.

Unless you're a Squib: the in-between people who do not inherit magical ability but who remain a part of the real world. That Rowling introduces this in-between category is indicative of her penchant for complexifying the initial simplicities of the early books. I like this.

What's interesting is that although these distinctions and categories and derogatory labels have real force, Muggles, Squibs and non-pure-blood wizards (as Rowling's term is clearly analogous to the n-word, which I cannot bring myself to say or write, I will avoid it as well) are all considered obviously human.

But not everyone is human. There are part-humans, including Hagrid, the centaurs, Lupin the werewolf, and vampires. And there are non-humans: goblins, giants, house-elves. What we begin to see most prominently in the fourth book, with Hermione's creation of S.P.E.W., is that there is a huge and until now mostly hidden problem in the wizarding world: the unquestioning assumption of the superiority of wizards over other kinds of beings.

And it is this very assumption that, carried to its logical conclusion, leads straight into the pure-blood mania that serves as the rhetorical appeal of Voldemort and his followers. The echoes of Hitler and Nazism are hard to miss.

But Voldemort tells Harry as early as the second book that he is no longer concerned with the goal of pure-blood wizard ethnic cleansing. Voldemort's real goal is the attainment of immortality. This ambition, and fear, is what makes Voldemort the posthuman figure. Human, for Voldemort, is synonomous with mortality, the enemy. And so all humans are to be despised--not simply mixed-blood wizards and Muggles, but everyone. He alone is the enlightened and powerful one.

What I would anticipate most about the seventh book is how the different threads of this theme will come together and prove to be the basic conflict between the Order and Voldemort and the Death Eaters, the thing that distinguishes the good from the bad: who is willing to accept the Other in all its varied forms, and who is determined to annihilate them?
Posted by JTB at 7:31 PM

Great thoughts. I am planning on having a personal Harry Potter read-a-thon this weekend and am glad I read this first. Because I inevitably read the HP books too quickly and have only re-read a few of them, I forget a lot of details that are significant to Rowling's underyling themes. I hope you'll post again after you finish Book 7. And I have to ask, do you think Snape is good or bad?

After reading Book 6 a million times, I really do think Rowling is leaving a lot of room for redemption in that scene. My instinct is that since she is willing to see beyond the black-and-white categories (even in Voldemort's case to some extent, I mean, look at all the background we get on him in 6), redemption of Snape is very likely. Perhaps he will be redeemed after the fact--this would fit Rowling's blend of optimism and tragedy.

I agree. I think Snape will be redeemed, and that it will be tragic. Redeemed may be the wrong word for me to use, because I think Snape has remained on the right side the entire time, so perhaps just a redemption of his reputation, with his name finally being cleared in a tragic manner. Snape seems to be a very dear character to Rowling, and after re-reading the last section of book 6 multiple times, I think he may end up sacrificing himself to save Harry, Malfoy, and others. There is a lot going on there. I'm excited and also dreading reading this book. Excited for obvious reasons, and dread because I know it's the last one, which is sad.

Immortality does not mean "posthuman", because "posthuman" does not necessarily mean "non-human". In my analysis, Harry himself is the posthuman, because he accepts death. Humanity is not only mortal, but perched on the assumption that death is absolutely external. By embracing it, and embracing vulnerability, Harry transfigures humanity.

One cannot forget that desire for immortality is, like the Warlock with the hairy heart can tell us, simply a desire for invulnerability, for the redemption from weakness - and this is profoundly humanist (as in anti-animal, because they are seen as weaker and more vulnerable).

I have write an entire thesis about it: http://www.scribd.com/doc/19220910/The-Cat-Who-Reads-the-Map-Posthumanism-and-Animality-in-Harry-Potter

Of course, it's almost impossible to make a connection between animal abuse and the Holocaust without making meat-eaters and Jews fall off their chairs. I am part of at least one of those groups and I think this is the sad, hard truth: as long as there is animal abuse, abuse of humans will be thinkable and very possible.

The Harry Potter books show that beautifully, especially in the Trio's discussion with Griphook in DH.

Agreed! Yes, since this post I have become much more careful to not carelessly equate posthuman with anti-human, as there are lots of possible posthuman constructions that are much more hopeful. And you're right! Harry is totally the positive posthuman figure here. Thanks for pointing that out!

Agreed. Which is one reason I find it so healthy to counter the theological assumption of human ontological uniqueness with the reminder that humans are animals... We are kin with animals and machines, and the kind of posthuman discourse that recognizes both kinships is the kind I find helpful, as opposed to the Voldemorty search for invulnerability, a kind of flight from the animal.